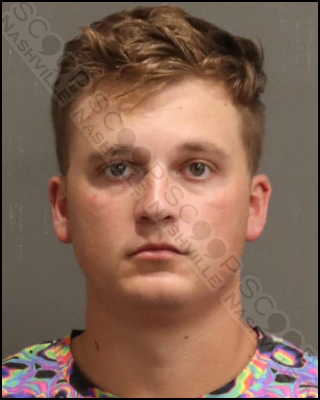 Catrina Lungcharoen says she came home from work Sunday, and after an argument with her boyfriend, 27-year-old Nicolas Carver, became physical, he demanded that she pack her things and leave, though he refused to let her take her things from inside the home. She says while she was inside the entrance of the home, Carver grabbed her neck with both of his hands and pulled her out of the doorway.

The victim’s injuries were documented by police, including redness around her neck consistent with strangulation. Carver told police he simply told her to leave, and she refused but denied any assault occurred.

Nicolas Carver of Towneship Rd in Antioch, TN, was booked into the Metro Nashville Jail on August 28th, charged with aggravated assault /strangulation. He is free on a $7,500 bond.