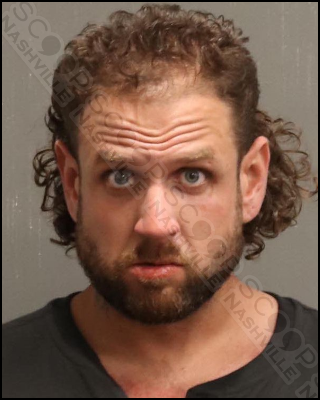 36-year-old Anthony Cooper was found at the Wendy’s at Harding Place late Sunday night, where police say he was “heavily intoxicated” as he was attempting to walk into traffic. Officers prevented him from getting hit by oncoming cars and offered to have medics respond so he could get checked out and possibly go to the hospital and sober up/receive medical care. Cooper refused all medical assistance and refused to identify himself, resulting in his arrest for public intoxication.

Anthony Cooper was booked into the Metro Nashville Jail on September 4th, charged with public intoxication. A judicial commissioner set his bond at $100.