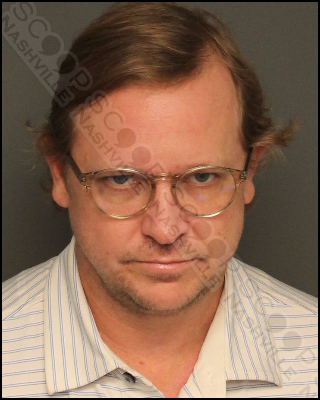 45-year-old Brad Adams was found unconscious behind the wheel of his 2017 Nissan Altima, which had just crashed into a utility pole at the intersection of Hwy 100 and Old Hickory Blvd last month. First responders administered Narcan to Adams, which ushered life back into him. Adams explained he had taken “Booger Sugar,” further clarifying he snorted cocaine. Officers noted both his pinpoint pupils and an empty bottle of vodka in his vehicle. Adams was transported to the hospital and cited for DUI. He was booked on that citation this week.

Brad Adams of Karis Dr in Spring Hill, TN, was booked on the citation on September 6th, charged with driving under the influence. He is scheduled to appear in court again in November.