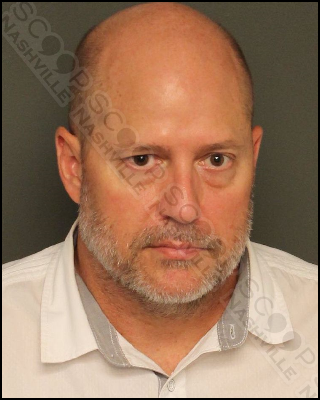 Just before 1 a.m. on a Saturday morning in August, police responded to the Plum Nelly Circle home of 54-year-old Charles ‘Chuck’ Heron to find him lying in the bushes near the side of the road after he had crashed his motorcycle on the roadway and sustained injuries. He stated he had been drinking earlier in the night and had consumed two Miller Lite tall boys. He appeared to be very intoxicated and then began to fall asleep and become incoherent. He reportedly told one of the Nashville Fire medics he had been drinking and “fucked up,” and they relayed that information to officers. He was transported to the hospital for his injuries and level of intoxication and was issued a state citation for DUI. He was booked on that citation this week.

Charles Heron was booked the citation on September 6th, charged with driving under the influence (DUI). He is scheduled to appear in court in November.