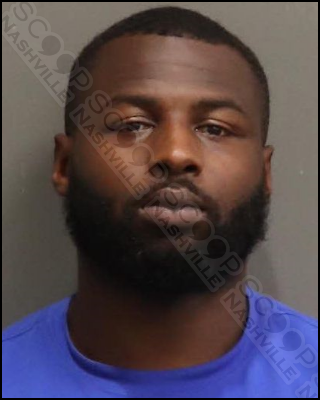 32-year-old Illinois Realtor Adrian Cave was booked into the Metro Nashville Jail Wednesday after a Davidson County Grand Jury indicted him on a charge of rape. The true bill returned by the Grand Jury in May alleges that Adrian May raped a person on Valentine’s Day of 2021 in Nashville.

Adrian Lyrone Cave of S 2nd St in Springfield, IL, was booked into the Metro Nashville Jail on September 21st, charged with rape. A judicial commissioner set his bond at $50,000, which he posted via Brooke’s Bail Bonding.