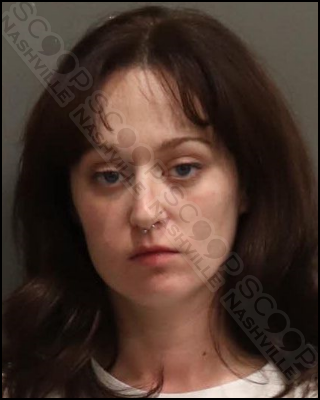 Metro Nashville Police say 31-year-old Kathleen McMunn was driving home from a date in East Nashville when she crashed into two parked cars on Chicamauga Ave. During the date, McMunn says she had three beers and five glasses of water. She performed poorly on field sobriety tests and would later blow a 0.179% BAC on a breathalyzer.

Kathleen Anne McMunn of Lemont Drive in Nashville, TN, was booked into the Metro Nashville Jail on October 28th, charged with driving under the influence (DUI). A judicial commissioner set her bond at $1,500, and the Davidson County Sheriff’s Office gave her pre-trial release from their facility.