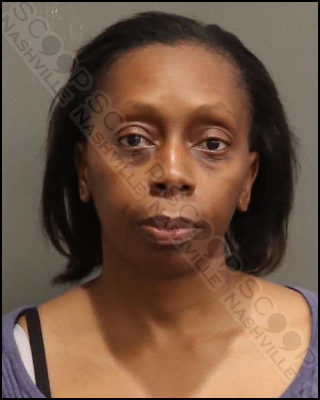 41-year-old Nacara Newton is charged with slapping her husband, Ishmael Bartholomew, in the face on November 7th during an argument about her being unfaithful to their marriage. Nacara initially denied the assault but, during further questioning, admitted she “swiped her hand across his face,” according to police. Nacara’s daughter witnessed the assault.

Nacara Newton of Murfreesboro Pike in Antioch, TN, was booked into the Metro Nashville Jail on November 7th, charged with domestic assault with bodily injury. She is free on a $1,000 cash bond.