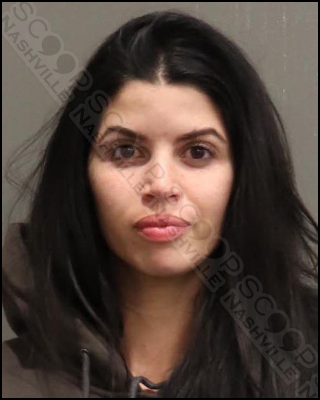 29-year-old Cadyn Spruell told police she had been downtown drinking before she “blew through a stop sign” and crashed her 2017 Porsche into a parked vehicle late Sunday night in South Nashville. Officers arrived at the intersection of Foster Avenue and Peachtree Street and interviewed Spruell, who they noted to have a staggered walk, watery and bloodshot eyes, and a smell of alcohol about her. She performed poorly on field sobriety tests and would later blow a 0.201% BAC on a breathalyzer.

Cadyn Spruell of Rose St in Nashville, TN, was booked into the Metro Nashville Jail on November 14th, charged with driving under the influence. A judicial commissioner set her bond at $2,500.