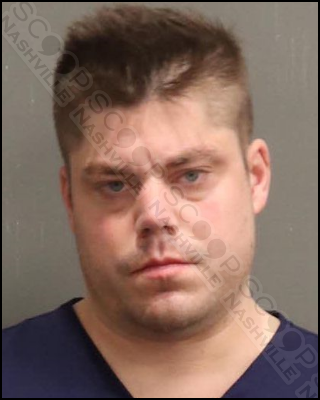 Nashville Fire responded to a call of a white Chevy Taho parked but running in the middle of the roadway on Fitzpatrick Road on November 15th. They made contact with the driver, 34-year-old Michael Christopher Wachtman, who was visibly intoxicated and reeked of alcohol. He had to be assisted to the ambulance due to his level of intoxication. Metro Nashville Police officers arrived and noted a liquor bottle in a brown paper bag and several small open land empty small liquor bottles inside the vehicle. He would eventually refuse medical transport and was transported to booking.

Michael Christophe Wachtman of Oakwood Ave in St. Louis, MO, was booked into the Metro Nashville Jail on November 16th, charged with driving under the influence. A judicial commissioner set his bond at $2,000.