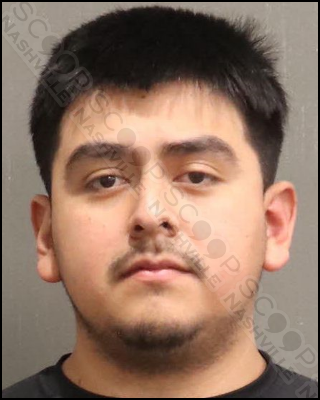 Kelvin Chambliss Jr.‘s $1,200 iPhone was stolen last week by a man who fled in a white van, later identified as 23-year-old Horacio Octavio Rangel Torres. Chambliss tracked the phone to the Econo Lodge North and found the van in the parking lot. He called the police, who responded and ran the plates of the van to get the name of the registered owner. The hotel staff then confirmed that the person was renting room 236. Officers knocked on the door, and Rangel-Torres admitted he had the iPhone and surrendered it to officers. He claimed he found the phone and was going to return it to Best Buy the next day.

Horacio Octavio Rangel Torres was booked into the Metro Nashville Jail on November 25th, charged with felony theft of property. A judicial commissioner set his bond at $2,500.