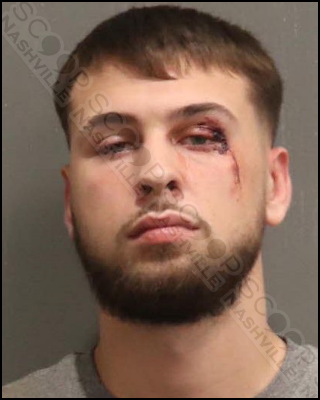 19-year-old Gary Henson was involved in a single-vehicle rollover on the interstate late Friday night. First responders report smelling alcohol on Henson as they interacted with him and noted his slurred speech and bloodshot eyes. Henson was “belligerent and extremely uncooperative” with police. He admitted to smoking marijuana and drinking “one beer” just before the accident. Inside the vehicle, officers found a half-consumed bottle of Crown Royal and a baggie of marijuana. Field sobriety tests could not be completed due to his hostility. Henson was transported to booking and charged with the marijuana, possession of a firearm that was found in the vehicle, and driving under the influence.