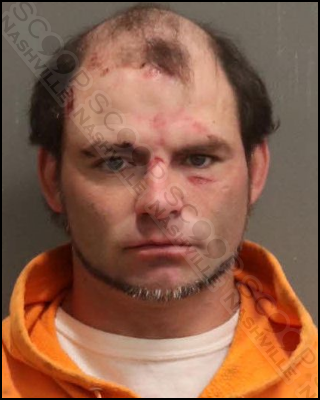 38-year-old Jeremy Morphis told police he consumed “two beers” before crashing his vehicle Sunday night with a passenger, Heather Knalls, inside. Witnesses say he was weaving and suddenly swerved to the left, crashing into the woods. Morphis was transported to the hospital with minor injuries. Knalls, however, suffered a dislocated and fractured hip from the crash. He is charged with DUI and felony vehicular assault. In August, Judge Jennifer Smith gave Morphis a deferred judgment with no conviction for placing a hidden camera in the bathroom of his home to record an underage relative for sexual gratification.

Jeremy Wayne Morphis was booked into the Metro Nashville Jail on December 19th, charged with vehicular assault and driving under the influence. A judicial commissioner set his bond at $12,500.