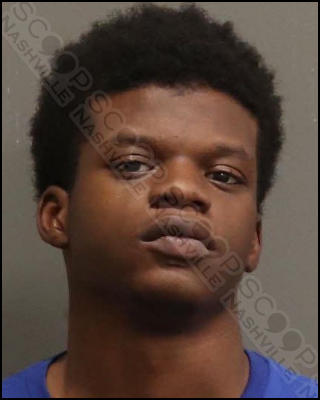 Metro Police responded to a shots-fired call on Briarwick Drive on February 17th, during which 20-year-old Zakeri Greer had threatened his child’s mother, Jasmine Howse, then allegedly drove by her home and fired a gun. As police were taking her report, Greer texted the victim, stating he was heading back over, and this time he was bringing his AK-47, placing her in imminent fear of her life.

Zakeri Quron Greer was booked into the Metro Nashville Jail on February 17th, charged with domestic assault with bodily injury. He posted a $1,000 bond and was released to his 310 Scalf Drive address in Madison, TN.