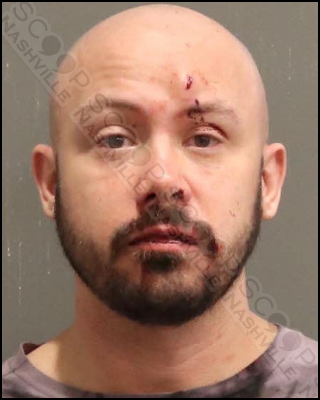 Metro Nashville Police were flagged down by patrons at Losers Bar & Grill on Divison St, where they found 41-year-old Robert “Bobby” Rindhage on the sidewalk with a large amount of blood coming from his head. It was soon discovered he was extremely intoxicated and unable to care for himself. Bar staff stated Rindhage was fighting the bouncers, resulting in his injuries. He also attempted to fight officers when he was told he was under arrest.

Robert B. Hindage was booked into the Metro Nashville Jail on February 21st, charged with public intoxication. A commissioner set his bond at $100.