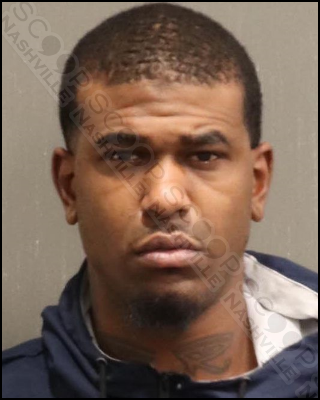 25-year-old Curtis Washum just moved to live with his mother in Nashville last week. On the same day he moved in, she states he became disrespectful. Police say his juvenile brother overheard him being disrespectful and told him to not speak to their mother in such a way, and Curtis pushed him and bit him in the face, and attempted to strangle the child, also causing several scratches to the child’s body, which were documented by police.

Curtis Washum was booked into the Metro Nashville Jail on February 27th, charged with domestic assault/fear of bodily injury, and aggravated assault/strangulation. He is free on a $3,500 bond to his 2718 West Starr Drive address in Peoria, IL.