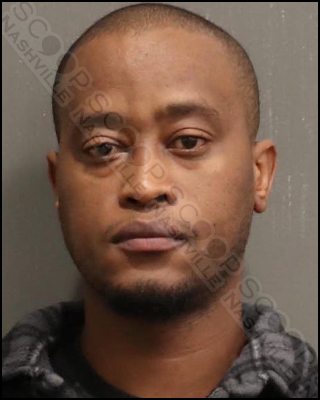 38-year-old Bertin Bayisenge is charged with assaulting his 2-year-old son, who is diagnosed with Autism, by repeatedly striking him in the back of the head after picking him up by his shirt and yelling at him in a fit of anger. The child’s mother says Bayisenge was intoxicated when he came home and assaulted the child, and was also verbally abusive. The couple was in an argument when the autistic child rand toward the father, which is when the assault occurred. Police documented an injury to the child’s head, and the child would scream any time the mother attempted to show or touch the injured area. The child was treated at Vanderbilt and the father was jailed.

Bertin Martin Bayisenge was booked into the Metro Nashville Jail on March 31st, charged with child abuse (<8 years of age). A commissioner set his bond at $7,500.