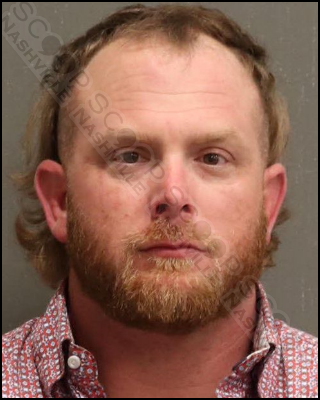 32-year-old Georgia tourist Brandon Floyd Bell told police he had “20 beers” before fighting with his friend at the gas station at 3200 Clarksville Pike in the early hours of Saturday morning. Police arrived to observe a crowd of onlookers watching the altercation. Bell was charged with public intoxication and disorderly conduct.

Brandon Floyd Bell was booked into the Metro Nashville Jail on April 2nd, charged with public intoxication and disorderly conduct. A commissioner set his bond at $200 and he was given pre-trial release to his 915 Dr. King Road address in Tallapoosa, GA.