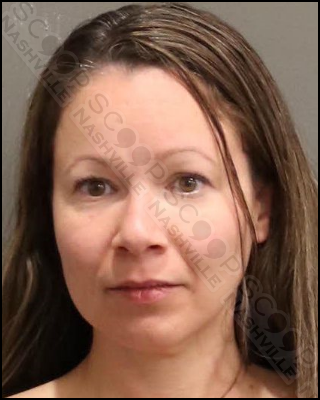 Police say 38-year-old Bridgette Garcia, from Maryland, attempted to get on stage at the Ryman Auditorium Friday night and refused to leave when approached by security and police officers. After being asked to leave multiple times and informed she was no longer welcome at the venue, she was informed she was under arrest for criminal trespass. She began to scream and cause a scene and slipped out of her handcuffs. She continued to curse at officers as they placed her in a transport car and kicked the rear window until she was placed in hobble restraints. She tried to bite an officer, without success.

Bridgette Marie Garcia was booked into the Metro Nashville Jail on April 2nd, charged with criminal trespass, disorderly conduct, and resisting arrest. A commissioner set her bond at $1,500 and she was given pre-trial release to her 555 Leftwich Lane address in Annapolis, MD.