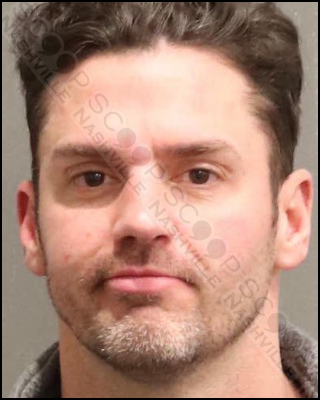 Metro Police say 38-year-old Joshua Sweigert crashed into another vehicle on Brick Church Pike in the early hours of Sunday morning, striking their side mirror at a high rate of speed. The victim says he drove his Nissan work van while speeding up to them from behind. Sweigert says it’s all a misunderstanding and the damage to his own vehicle is from three weeks ago, not anything current. Officer say Sweigert was clearly intoxicated — he reeked of alcohol and staggered and stumbled during their interaction. He performed poorly on field sobriety tests and refused all further testing.

Joshua Sweigert was booked into the Metro Nashville Jail on April 3rd, charged with driving under the influence (DUI), and violation of the implied consent law. A commissioner set his bond at $1,000 and he was given pre-trial release to his 5914-A Morrow Road address in Nashville.