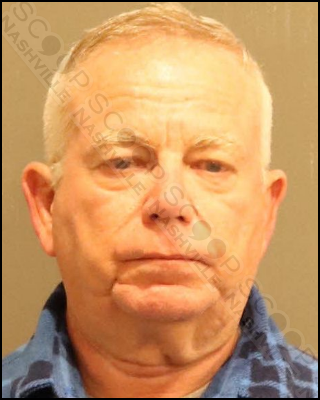 Police say 63-year-old Billy Krantz was passed out behind the wheel of his vehicle on Broadmoor Drive in the early hours of Saturday morning. He told officers he had been dropping off a friend at the home on Broadmoor Drive and had been drinking at the American Legion less than an hour before driving. Krantz performed poorly on field sobriety tests and would only reply “I don’t know” when asked to provide a breath or blood sample for testing.

Billy F. Krantz was booked into the Metro Nashville Jail on April 2nd, charged with driving under the influence (DUI), and violation of the implied consent law. A commissioner set his bond at $1,500 and he was given pre-trial release to his 1000 Allenwood Drive address in Ashland City, TN.