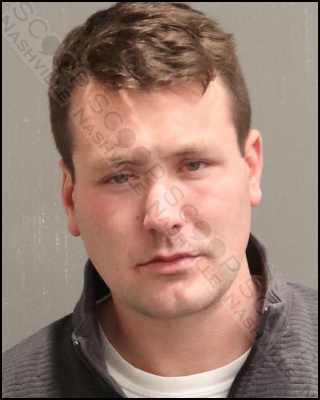 25-year-old Austin Barnes told Metro Nashville Police he was in Oklahoma City when they found him too drunk to stand up at the entrance to the Drury Plaza Hotel in downtown Nashville Thursday. He was unable to provide which actual hotel he was staying at and was deemed too intoxicated to remain safely by himself. With no friends to care for him, he was taken into custody and transported to booking.

Austin Barnes was booked into the Metro Nashville Jail on April 21st, charged with public intoxication. A commissioner set his bond at $100.