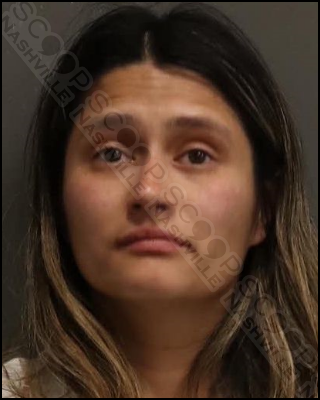 While on a call for service at 3961 Nolensville Pike, officers encountered 30-year-old Lizbeth Aviles, who appeared to be heavily intoxicated. She reportedly reeked of alcohol, had slurred speech, and was unsafe to leave on her own. She was unable to call anyone in Nashville to pick her up, and she refused both an Uber and medical assistance. She was transported to booking.

Lizbeth Avileswas booked into the Metro Nashville Jail on May 1st, charged with public intoxication. A commissioner set her bond at $100.