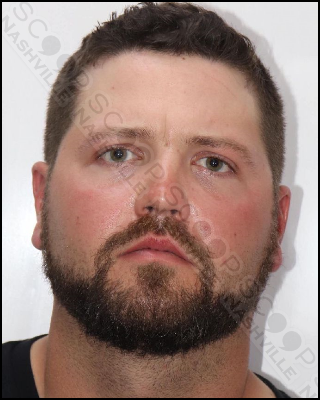 Metro Nashville Police say 26-year-old Jarred Likins was kicked out of Wanna B’s in downtown Nashville for being disorderly inside the bar. While being escorted out of the venue, he elbowed a bouncer in the face. Once inside the patrol car and while being transported to booking he unbuckled his seatbelt to “get his phone”, which he then pretended to talk to someone on during the entire ride to booking. There was no phone, the officers had already bagged it as part of his property.

Jarred David Likins, of Michigan, was booked into the Metro Nashville Jail on May 1st, charged with public intoxication. A commissioner set his bond at $100.