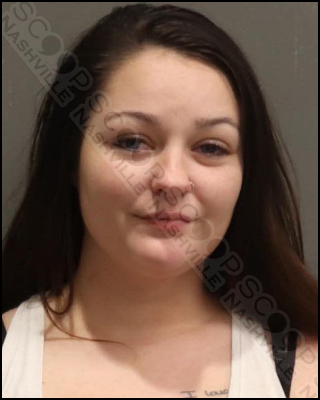 On Mother’s day, 22-year-old Michaela Hunt was with her boyfriend, Christopher Falcon, at the home of his mother, Christie Falcon, in South Nashville. Multiple witnesses at the location reported that Michaela was intoxicated and “causing a scene” during the evening. Christopher says she became verbally aggressive and then began hitting, slapping, and scratching him, which caused multiple visible injuries, as documented by police.

Several other people at the location all gave corroborating statements to police, and all versions included her becoming extremely intoxicated and attacking Christopher. Police say she was cooperative during the investigation and says she does not remember attacking her boyfriend, but she was “in the wrong tonight.”

Michaela M. Hunt was booked into the Metro Nashville Jail on May 8th, charged with domestic assault with bodily injury. A commissioner set her bond at $1,000.