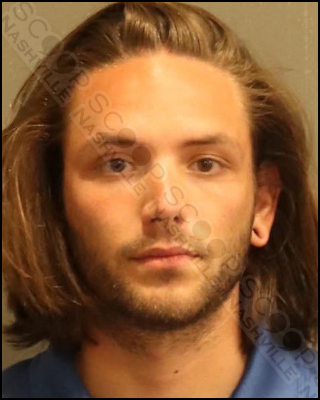 23-year-old Brett Austin Hatch was booked into the Metro Nashville Jail Friday on an outstanding citation for theft of property by possession. A 2020 citation details that police responded to a Nolensville Pike call in which Hatch was a suspect and found him parked partially on the street and partially on the sidewalk. A consent search of the vehicle produced a loaded Smith & Wesson handgun which had been reported as stolen from a Cheatham County residence in 2018.

Brett Austin Hatch was booked into the Metro Nashville Jail on May 13th, and charged on the outstanding citation for theft by possession. He was released on his own recognizance.