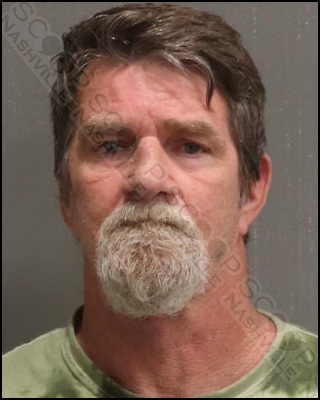 57-year-old Chester Darren Campbell is being held on a $25,000 bond after being jailed this week on an outstanding felony theft warrant from 2018. His ex-girlfriend, Jennifer Brown, says she noticed several pieces of jewelry had gone missing from her bedroom. She stated her ex-boyfriend, Campbell, had been staying with her for several months since the breakup, and they had an on-and-off-again relationship. She also states he had stolen from her in the past. With him being the only other person with access to her bedroom, an investigation was launched, and it was discovered Campbell had pawned several pieces of the victim’s jewelry at pawn shops throughout both Tennessee and Kentucky, all while using his own photo ID. The value of the stolen jewelry is over $10,000.

Chester Darren Campbell was booked into the Metro Nashville Jail on May 21st, and charged with felony theft of property. A commissioner set his bond at $25,000.