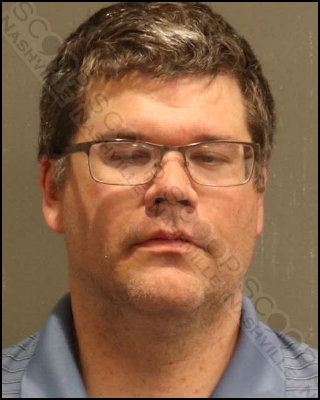 Security at Honky Tonk Central on Broadway in downtown Nashville escorted 37-year-old Michael Riedel out of the venue for being disorderly, and he continued to attempt to come back inside. As he was being removed a subsequent time, he reportedly punched one of the bouncers. Metro Nashville Police arrived to assist and observed Riedel swaying on his feet and obviously overly intoxicated to the point he was unable to spell his own name. He was transported to booking and charged with public intoxication.

Michael T. Riedel was booked into the Metro Nashville Jail on May 21st, and charged with public intoxication. A judicial commissioner set his bond at $100