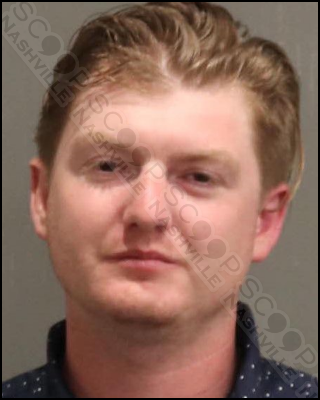 Metro Nashville Police Officers working the Entertainment District Initiative in downtown Nashville Sunday encountered 22-year-old Connor Schultz outside of 300 Broadway after he was asked to leave a bar by security. Officers say he was entirely too intoxicated to care for himself in public, and transported him to booking, charging him with public intoxication.

Connor C. Schultz was booked into the Metro Nashville Jail on May 29th, charged with public intoxication. A judicial commissioner set his bond at $100.