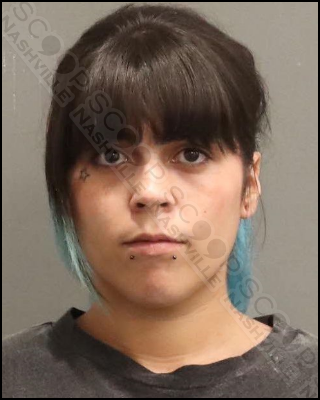 Robert Taylor, Jr., was found dead at his Rosebank Ave home in East Nashville on May 27th. His friend & employer noticed that days after his death, someone was using his bank cards. Detectives reviewed security footage from the home and found that 29-year-old Jennifer Cotto used a pry bar to enter the deceased man’s home, and she was also seen on footage from a local Walgreens using one of his cards. During an interview, she admitted to breaking into the home and stealing his cards to make purchases with.

Jennifer Cotto, of Crescent Hill Road in Nashville, was booked into the Metro Nashville Jail on June 3rd, charged with theft and aggravated burglary. She is free on an $11,000 bond.