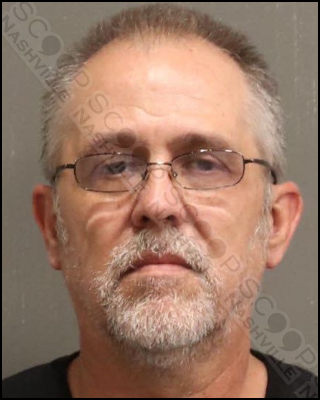 57-year-old Daniel Rider is charged with the sexual battery of a child and free on a $25,000 bond after a 7-year-old female says he touched her private parts while staying with him. When detectives asked her what she meant by ‘private parts’ she pointed out the appropriate lower frontal region. He also reportedly exposed himself to the child.

Daniel Jeffery Rider, of Deepwood Drive in Houston, TX, was booked into the Metro Nashville Jail on June 5th and charged with aggravated sexual battery of a child under 13. His case has been bound over to the grand jury. After a bond reduction hearing, he posted bond on June 13th.