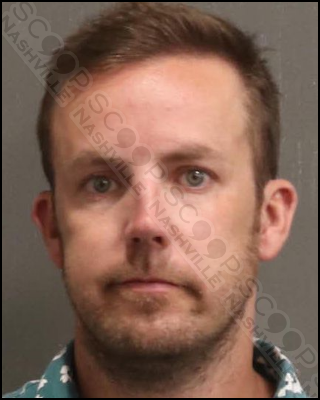 Metro Nashville Police found a Canadian, 35-year-old Barrett McKay, asleep on a Nashville sidewalk early Wednesday morning. He was sleeping so soundly that it took multiple attempts to wake him from his slumber. Once awake, it was apparent that he was heavily intoxicated, had trouble forming sentences, and politely refused medical treatment for an apparent fresh injury to his right knee. He volunteered his Canadian identification card but was unable to relay where he was staying or arrange for anyone to assist him or pick him up from the area. He was booked into the Metro Nashville Jail and charged with public intoxication.

Barrett Andrew McKay, of Alberta, Calgary, was booked into the Metro Nashville Jail on July 13th, charged with public intoxication. A judicial commissioner set his bond at $100.