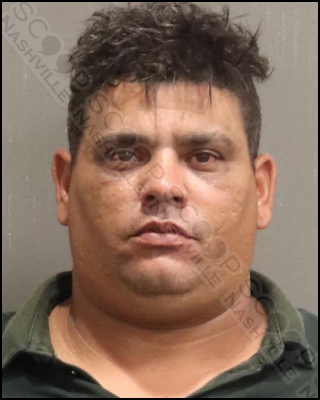 39-year-old Roberto Gonzalez Valdes is jailed in lieu of a $75,000 bond on a charge of criminal simulation of $1,000 or less. Officers, including agents from the Secret Service, observed Gonzalez use a programmed plastic card to pay for gas at Gallatin Pike Mapco station on Jul 13th. A vehicle search resulted in multiple gift cards that had been programmed using a card reader/writer to change the gift card number embedded in the magstripe on the card. He received $175 in gas during the current transaction using the altered card number.

Roberto Gonzalez Valdes was booked into the Metro Nashville Jail on July 13th, charged with criminal simulation. A judicial commissioner set his bond at $75,000.