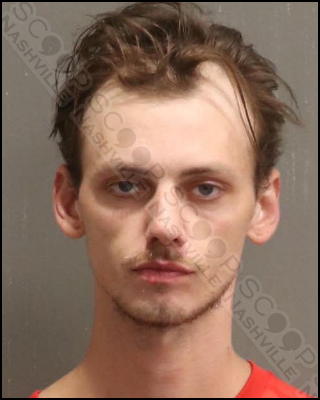 Metro Nashville Police say they responded to Summit Hospital late Wednesday night after 29-year-old Colton Collins was brought in for a drug overdose. A security officer recovered a firearm on Collins and contacted MNPD to collect the weapon. As Collins was being discharged, officers located him inside the room and placed him into custody for being a felon in possession of a firearm, citing Collins has at least two prior felony drug convictions.

Colton Christopher Collins, of Riverside Drive in East Nashville, was booked into the Metro Nashville Jail on July 14th, charged with felon in possession of a handgun. He is free on a $15,000 bond.