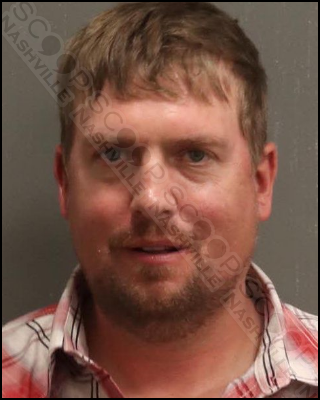 Metro Nashville Police Officers working the Entertainment District Initiative in downtown Nashville were near 3rd Ave South and the Pedestrian Bridge late Friday evening when they observed 38-year-old Beau Gamet begin to pull out his penis and urinate where he stood, in the middle of other pedestrians. He was obviously intoxicated and was taken into custody for his own safety and charged with public intoxication.

Beaue J. Gamet was booked into the Metro Nashville Jail on July 15th, charged with public intoxication. A judicial commissioner set his bond at $100.