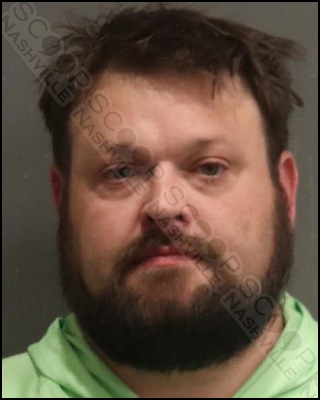 38-year-old Brandon Painter was involved in a property crash on West End. As he spoke with responding officers, they say it became apparent Painter had been drinking as he smelled of alcohol. Painter admitted to drinking five alcoholic drinks within the hour before driving. After performing poorly on multiple field sobriety tests, Painter was charged with DUI.

Brandon Clark Painter, of Seven Springs Way in Brentwood, was booked into the Metro Nashville Jail on July 19th, charged with driving under the influence (DUI). A judicial commissioner set his bond at $2,500, and the Davidson County Sheriff’s Office gave him pre-trial release from their facility.