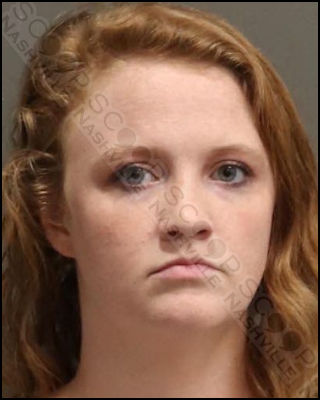 Johnny Moore says his girlfriend, 23-year-old Sarah Bodkins, destroyed several of his possessions, including his clothing, shoes, a video game controller, and game discs. The damage was estimated to be $900. This happened during an argument on April 17th, and he sought out the warrant, which was issued for vandalism, on July 18th. She was booked on the charge on July 26th.

Sarah Bodkins, of Linbar Drive in Nashville, was booked into the Metro Nashville Jail on July 26th, charged with vandalism. She is free on a $2,000 bond.