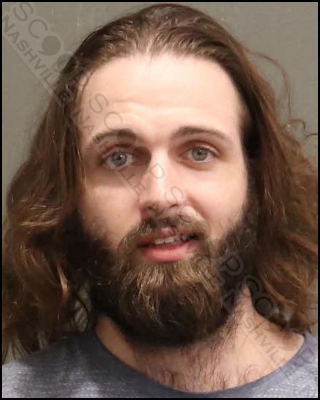 During the early Friday morning road closures for the Music City Grand Prix, 24-year-old Nicholas Sedita drove into a curb and struck a barrier just before 2 a.m. while speeding toward a security officer near 1st Street and Nissan Stadium. The vehicle fled the scene and was soon located near 7th St. & Davidson, smoking and making loud noises. A Metro Nashville Police officer initiated emergency equipment and attempted a traffic stop as the vehicle continued to flee until a supervisor directed for the chase to end. Officers then quietly followed the vehicle from a distance, and it stopped on its own as it entered Shelby Park, and the driver was taken into custody. He eventually blew a 0.221% BAC on a breathalyzer and was charged with DUI & leaving the scene of an accident.

Nicholas Sedita of Pennywell Drive in Nashville, TN, was booked into the Metro Nashville Jail on August 5th, charged with driving under the influence (DUI) and leaving the scene of an accident. A judicial commissioner set his bond at $7,500, and the Davidson County Sheriff’s Office gave him pre-trial release from their facility.