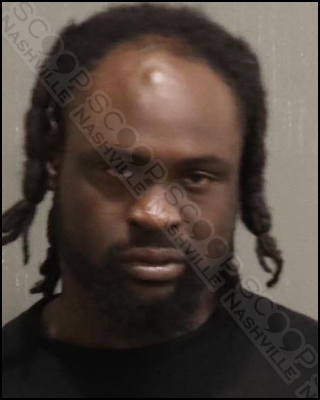 Metro Nashville Police Officers working the Entertainment District Initiative in downtown Nashville Sunday were flagged down by staff at Honky Tonk Central and observed 31-year-old ‘Jerald Marquese Sanford to be involved in a fight at the location. He was extremely sweaty, disorderly, and reeked of alcohol, according to officers. After he was placed into custody, Sanford stated: “of course I’m drunk, I just got off work!”

Jerald Marquese Sanford was booked into the Metro Nashville Jail on August 7th, charged with public intoxication. A judicial commissioner set his bond at $100.