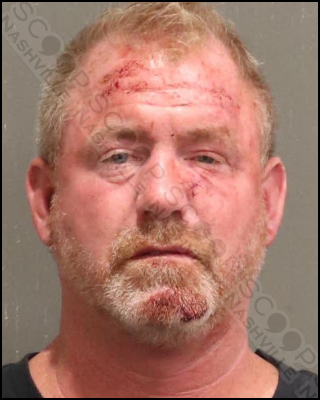 46-year-old tourist Dale Stalley was told he needed to leave Kid Rock’s bar on Broadway in downtown Nashville early Sunday morning after he was being disorderly at the location. Bouncer Everett Libolt says Stalley smacked him on the ass and told him he wasn’t going anywhere while threatening to fight him. He then got in the bouncer’s face attempting to strike him, and more security helped to detain Stalley.

Dale Stalley of Fait Ave in Baltimore, MD, was booked into the Metro Nashville Jail on August 14th, charged with assault. A judicial commissioner set his bond at $1,000, and the Davidson County Sheriff’s Office gave him pre-trial release from their facility.