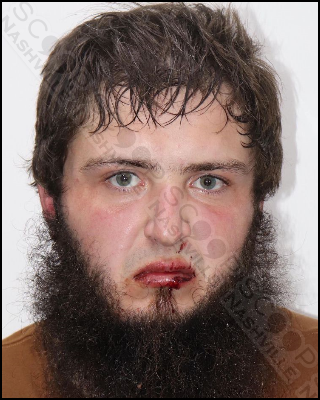 25-year-old Tyler Workman was reportedly aggressive toward staff at Rippy’s Honky Tonk in downtown Nashville Saturday night and eventually assaulted a staff member. Bouncers then restrained and detained Workman and flagged down Metro Nashville Police. Officers attempted to place Workman in handcuffs, and he pulled his body away and resisted arrest. He was eventually taken into custody and transported to booking.

Tyler Workman of Chillicothe, OH, was booked into the Metro Nashville Jail on August 13th, charged with resisting arrest, public intoxication, and disorderly conduct. A judicial commissioner set his bond at $1,500, and the Davidson County Sheriff’s Office gave him pre-trial release from their facility.