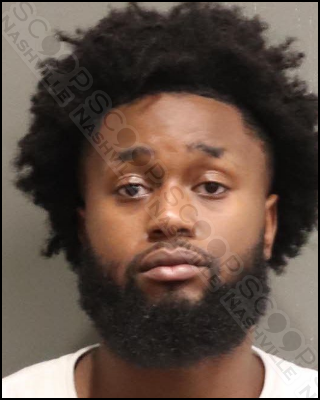 Metro Nashville Police responded to a traffic accident on August 14th with damage but no injuries. While speaking to one of the drivers, 22-year-old Jordan Mac Hill, officers observed him to have slurred speech and unsteady when standing up. He performed poorly on field sobriety tests and was taken into custody for driving under the influence. He would later blow a 0.165% BAC on a breathalyzer.

Jordan Mac Hill was booked into the Metro Nashville Jail on August 14th, charged with driving under the influence (DUI). A judicial commissioner set his bond at $1,000, and the Davidson County Sheriff’s Office gave him pre-trial release from their facility.