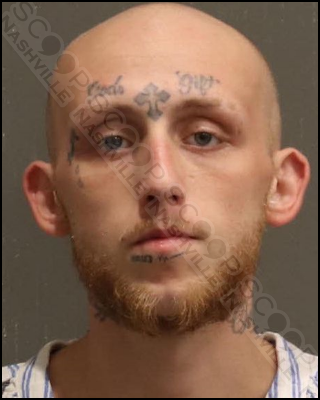 Chelsea Serritella says as she was coming home Tuesday, her boyfriend, 29-year-old Cody Blake Jordan, began to follow her around the block, and once she arrived, he approached her and grabbed her by the throat while accusing her of cheating on him. She told police she had difficulty breathing, and officers observed visible red marks on her throat consistent with strangulation. Jordan was taken into custody and transported to booking.

Cody Blake Jordan was booked into the Metro Nashville Jail on August 16th, and charged with felony aggravated assault/strangulation. A judicial commissioner set his bond at $12,500.