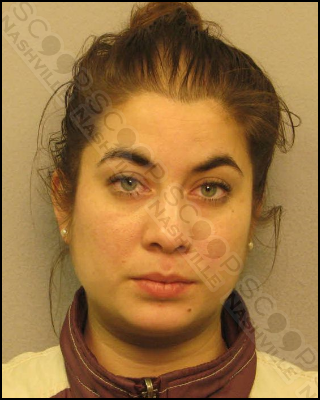 36-year-old Regina Sullo was kicked out of a concert at Nissan Stadium on August 12th after APEX Security determined her to be too drunk and disorderly to abide by venue guidelines and she was causing a scene during the event. After she was escorted outside the stadium, she began to make her way back toward the entrance and attempted to re-enter the concert. She was stopped at the gate and denied re-admission, at which point she was taken into custody by Metro Nashville Police due to her level of intoxication. She reportedly reeked of alcohol, and her speech was slurred during interactions with officers. Sullo was transported to booking and charged with public intoxication.

Regina Sullo was booked into the Metro Nashville Jail on August 12th, and charged with public intoxication. A judicial commissioner set her bond at $500.