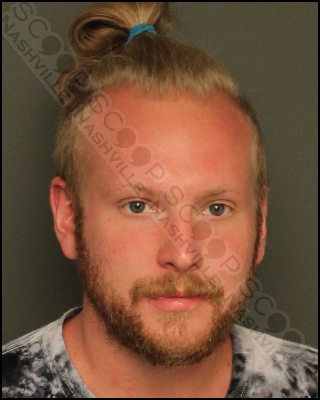 Concerned citizens pulled 24-year-old Logan Adams out of his Hyundai Sonata via the back driver’s side window after he crashed on I-40 on July 19th just after 7 p.m. They performed CPR on Adams until officers arrived to administer two 4 mg doses of Narcan, at which time he immediately regained consciousness. He was transported to the hospital, and while there, Logan Adams told police he had driven to Cheatham County to meet with his probation officer. After leaving there, he drove to a friend’s house in Nashville, where he snorted Heroin just fifteen minutes before driving again. The hospital kept him overnight for observation, so he was issued a state citation for DUI, which he was booked on this week.

Logan Adams was booked on his DUI citation on August 15th and given a court date in October.