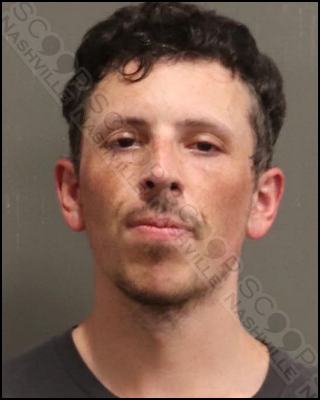 Metro Nashville Police responded to a disorderly person call in the Gulch on Sunday and arrived to observe 29-year-old William Buse taking a fighting stance toward security on the sidewalk near 411 11th Ave. Officers say Buse reeked of alcohol and was extremely intoxicated, and very much unable to care for himself. He was taken into custody and charged with public intoxication.

William Buse was booked into the Metro Nashville Jail on August 28th, charged with public intoxication. A judicial commissioner set his bond at $500.