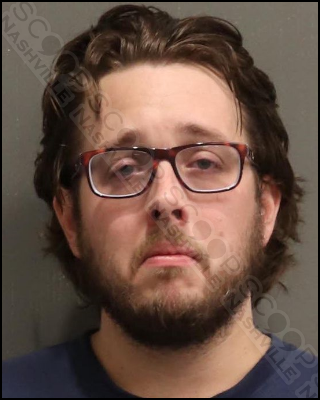 Jimena Espindola was asleep in her home at 3:30 a.m. on June 22nd when she was awakened by a light in her room. She says she observed a man she recognized as her neighbor, 27-year-old Ron Rockhill, as the intruder. Fearing for her safety, she pretended to be asleep, and he soon fled the scene. She contacted police and reported the incident and that he had taken $60 in cash from her purse. She positively identified him from a photo lineup, and a warrant was issued for his arrest. Rockhill was jailed on that warrant Tuesday, charging him with felony aggravated burglary.

Ron Rockhill of Hillsboro Cir in Nashville, TN, was booked into the Metro Nashville Jail on August 30th, charged with aggravated burglary. A judicial commissioner set his bond at $25,000, which he posted via 1 Hour Bonding.