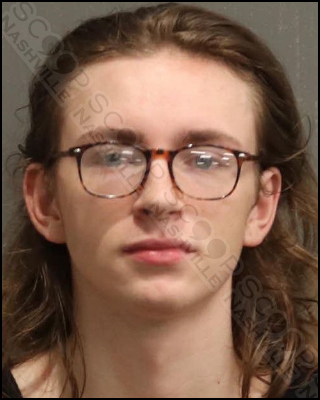 Metro Nashville Police charged 19-year-old Justin Mealer with felony burglary after he entered an unlocked door of Fall-Hamilton Elementary School Sunday afternoon and borrowed a basketball so he and his friends could play on the nearby basketball court. The neighborhood teen with no criminal history openly admits to going inside the neighborhood school and locating a basketball, stating he entered through an unlocked cafeteria door. School Security Officer Austin Dubuc that the door may not have been properly latched, but the school was closed for operations. At the time of Mealer’s arrest by MNPD Officer Nicholas Alan Carroll, he was carrying a basketball, a box fan, and popsicles for the boys.

Justin Mealer of Benton Ave in Nashville, TN, was booked into the Metro Nashville Jail on September 4th, charged with burglary. A judicial commissioner set his bond at 2,500, and the Davidson County Sheriff’s Department gave him pre-trial release from their facility.