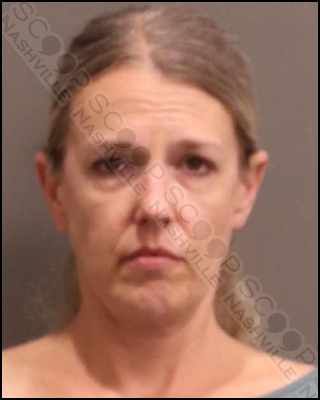 45-year-old Jennifer Biles is charged with the domestic assault of her boyfriend, Nick Sorendo, after punching him in the head several times because he called her a bitch. An off-duty Ashland City Police Officer witnessed the assault at Rains Ave & Wedgewood Ave just after 7 p.m. and detained her until Metro Nashville Police arrived.

Jennifer M. Biles of Middletown Square in Louisville, KY, was booked into the Metro Nashville Jail on September 3r, charged with domestic assault. A judicial commissioner set her bond at $1,000.