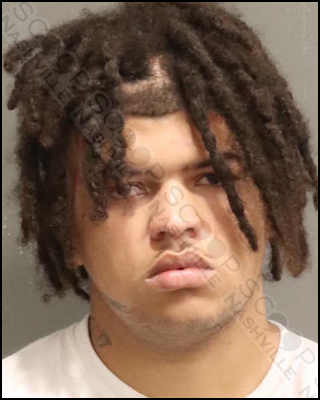 22-year-old Priest Covington reportedly became upset when he disapproved of his mother, Lanika Jernigan’s, new boyfriend. He made threats to murder the new boyfriend if she introduced him to his little brother and further made threats to kill his mother, placing her in fear for her life. As officers took Covington into custody, he stated he “should have hit that b***h,” referring to his mother, and ranted about more assaults when he gets out of jail. Once at booking, deputies say he attempted to bring an oxycodone pill into the jail.

Priest N. Covington was booked into the Metro Nashville Jail on September 3rd, charged with bringing contraband into a penal institution and domestic assault with fear of bodily injury. A judicial commissioner set his bond at $3,000.