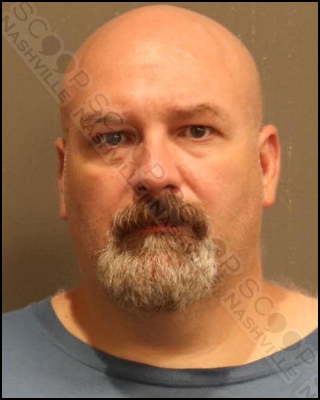 43-year-old Jason Bland, who was jailed in July for the assault of his wife and daughter, found himself behind bars again this week after Metro Nashville Police say he came into her house unannounced, took the phones of everyone in the residence so police could not be called, and stated he was going to hire a hitman to murder his wife and kids and “make sure they are all in body bags” if she goes to court to testify against him in the upcoming domestic violence case.

Jason K. Bland, of Antioch, TN, was booked into the Metro Nashville Jail on September 5th, charged with coercion of a witness, aggravated assault, and retaliation for past action. A judicial commissioner set his bond at $20,000.